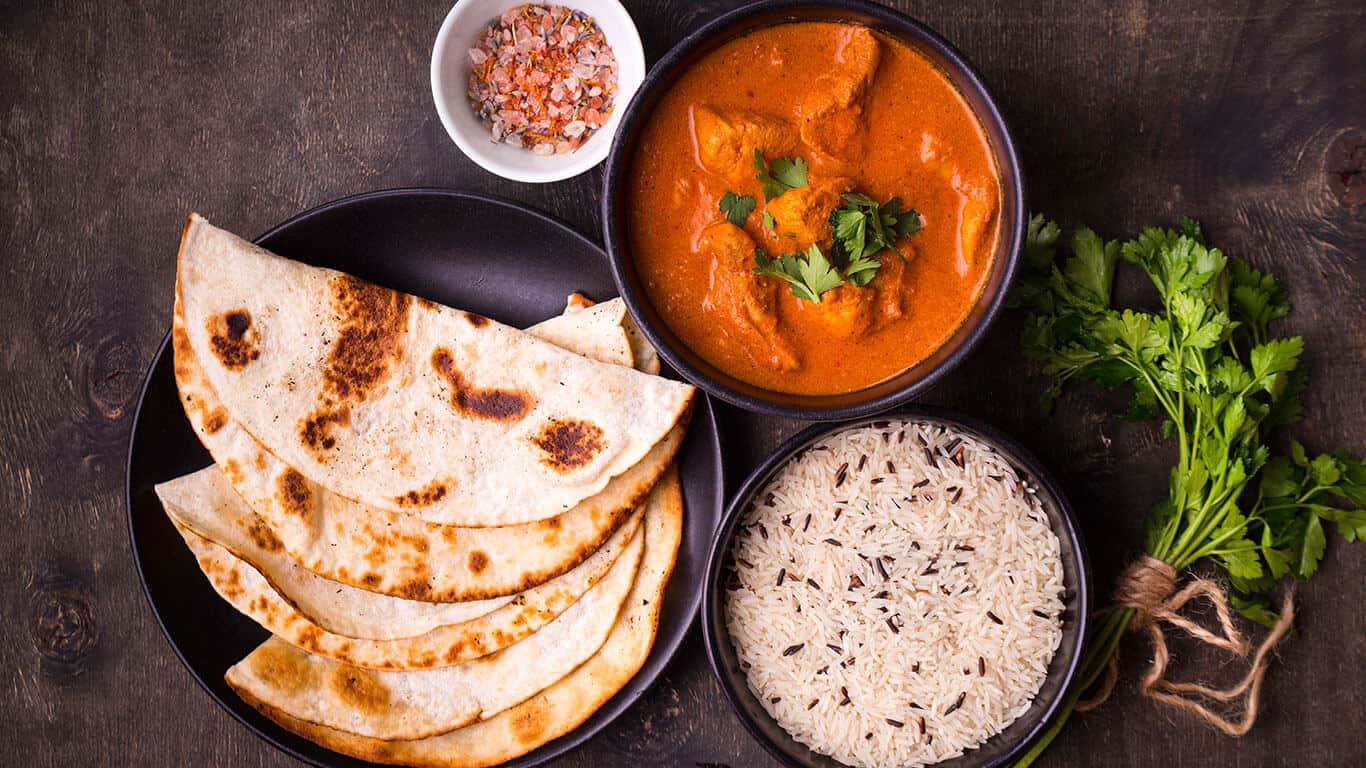 Indian food is well known the world over for the wide range of flavors delivered to your taste buds via a variety of spices, garnishes, rice, and sweet desserts. But, did you know that Indian food can also be healthy for you? Here are seven healthy facts about Indian food that you might not be aware of.

Spices lead to a higher metabolism.

When your food contains a lot of spices, your body needs to work a little harder to digest everything. This leads to a higher burn rate which kicks your body’s metabolism up to a higher rate. Just imagine how much fun it can be to burn fat while you eat!

Unlike white bread which is made of refined flour, a Chapati is made using Atta flour, which comes from Indian wheat, or durum. Atta flour is finer than most Western-style flours, so that makes a chapati a little easier to digest than regular white bread. You also won’t feel quite so sluggish after eating it.

Due to the barrage of spices that Indian food provides with every bite, your brain can actually be fooled into eating less. Because every bite is full of flavour, you don’t have to keep on eating just to “experience” the taste. All those vibrant flavors prevent the possibility of “boredom eating” – yes believe it not, some people keep on eating out of boredom when their taste buds are not being stimulated.

The benefits of minty yogurt or raita.

When compared to regular mayonnaise, Indian yogurt has much less saturated fat content which helps you lose weight without sacrificing the taste. The saturated fats found in mayonnaise are also stored in the body a lot longer which can lead to weight problems and other health issues.

Most Indian foods are cooked with sesame oil, peanut oil or vegetable oil, as compared to a lot of western restaurant foods, which are cooked in butter. With less saturated fat going into your body, you will feel healthier and be less prone to heart attacks and weight gain.

Fresh ingredients and no preservatives.

Indian chefs tend to prefer freshly cut vegetables over frozen vegetables. It’s actually quite common for frozen foods to contain preservatives which can also be harmful to your health. Indian dishes, on the other hand, are usually prepared from scratch with fresh ingredients, so you don’t end up swallowing a cocktail of preservatives with each bite.

Due to the cooking methods used when cooking an Indian meal, Indian chefs tend to cook very slowly, and this helps to retain the nutrients found in the ingredients. Furthermore, this slow cooking method also allows the flavour of the spices to seep out into the whole dish leading to delicious and healthy food! That’s what you call a win-win.

There are many other health benefits of Indian food, especially when you look deeper into some of the spices used to make Indian dishes taste so good. Unlike a lot of Western foods that use excess salt and sugar to make them more palatable, Indian food, especially when it is made with minimal oil is quite rightly considered to be one the healthier types of cuisine in the world.